Were you naughty or nice? Was Santa kind to you? Did you get everything you wished for?
Santa certainly listened to me. I pointed to an ad on the back of a magazine a few months ago and said, I want some of those. This is what I unwrapped on Christmas morning. 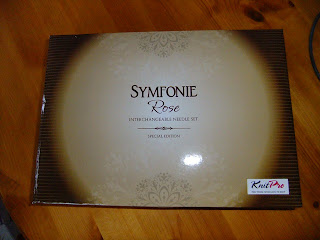 Tucked neatly inside the cardboard case was this pretty box. 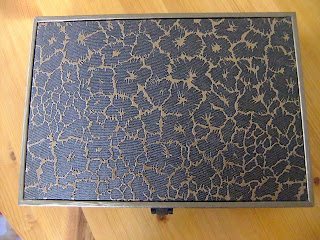 and inside the pretty box, the most beautiful set of limited edition interchangeable knitting needles. 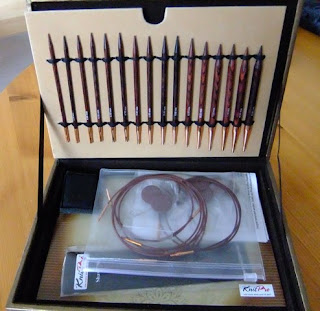 They are made form beautifully laminated Birch wood and come with end stops and 4 different cable lengths. Beautiful, thank you Santa.
While he was shopping, Santa also came across some black silk needle rolls, 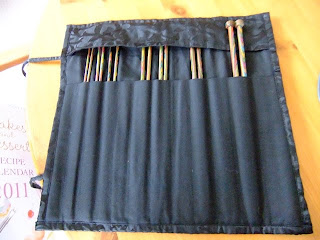 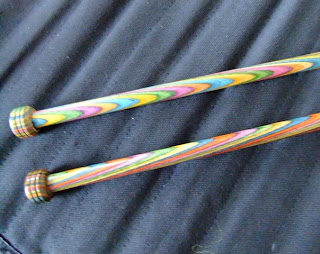 Just look at the colours, aren't they beautiful? One pair has already been pressed into action. LOL I'm still knitting hats and scarves.
*
I think Santa decided that I was a nice girl this year as he also bought me more of my favorite BBC Wildlife DVDs, I can watch/listen to those all day long while I knit or sew. Guess where I'll be for the next couple of hours.......

Yummo! Aren't they gorgeous. I love the idea of the interchangable needles. Much easier than lots of different ones. You'll just have to make sure you finish one item before starting another. The colours in your other needles are so pretty. I've never seen ones like that before.

Isn't it wonderful when our men are good at taking hints?.... such beautiful gifts!

What lovely gifts. You must have been really mega good this year!

Of course you've been a good girl this year! And you have the proof of it! (I asked for Tonya's new book, but it's stuck up the Amazon! never mind, I'll enjoy it in the new year.)

Very nice. I haven't seen pretty needles like that. Enjoy lots of knitting.
Happy 2011 to you both.